Around the time the Honorary Director of our clinic was enrolled at Kyushu University the pacemaker made its first appearance in Europe and America. During the dawning of the pacemaker in Japan, our director took part in abundant experiences dealing with this new type of medical treatment. In a magazine called ‘Tawara Correspondence’ there is an article that takes us back forty years and captures the birth of the first pacemaker in Kyushu.

This story takes place more than forty years ago. I was working at Kyushu University Hospital; the following are the details of how our team was able to produce a clinically working pacemaker. I would like to apologize because over the years the exact details have dissipated into unrecoverable parts of my memory.
It was in the spring of 1964. The patient was a young boy suffering from congenital heart disease; more specifically he showed signs of an endocardial cushion defect. In this patient's case surgery was difficult because the area that needed to be sutured was located on the conduction system of the heart. The real concern came directly after surgery. A complication known as surgical block occurred in the patient. The boy's pulse slowed to an extreme rate, his very large heart heaved up and then he collapsed in heart failure. A diuretic and a cardiotonic drug were used, however there was almost no effect. Basically the boy's pulse needed to return to a normal rate, obviously I, as the attending physician, was in a bind.
At that time, recently published in medical journals, if you applied a pulse of electricity to the heart muscle you were able to increase the pulse rate. At the time we were aware that a man-made pacemaker was already on the market, however only available in America. We also were aware that Dr. Kozo Suma of Tokyo University was successfully able to implant a pacemaker for the first time in our country.
During that time, pacemakers in Japan were only used in clinical trials. There were no imports from America. Simply put, pacemakers were not available to the people of Kyushu. After a discussion with my boss, we decided that we would make our own pacemakers. 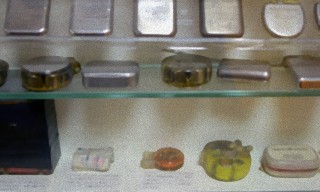 Just around that time almost every electronic circuit device was switching over from a vacuum tube to a transistor, this period of electronic reform made it relatively easy to obtain the parts we needed to make our pacemaker. The circuits we were dealing with are classified into two groups; the smallest type is multi-vibrator and the second type is a blocking oscillator. Both expend the same amount of energy and the second is made of only one transistor.

Thus we decided to use the blocking oscillator circuit. The pacemakers of today work on a demand system, when the heart needs help the pacemaker begins to work. However, our first machine sent a constant pulse to the heart. Our biggest problem was the battery. The pacemakers of today run on a lithium battery that can last for nearly ten years. The pacemaker batteries produced in America in that era were said to last from two to three years. In Japan we were unsure if we were able to make batteries of the same efficiency. After talking to the people at Matsushita Electronics, we arranged for them to send us their newest battery directly from the factory.

Now, it was quite easy for us to solder the battery to the circuit board, however there was voltage that we needed to obtain in order to fasten the battery to the board and have it work properly. Matsushita Electronics advised us not to solder the battery, but to spot-weld it. Unfortunately, no one in our team of doctors knew how to spot-weld thus we resorted to a backstreet workshop in Hakata where we found a competent spot welder.
Our next step was to insulate and cover the pacemaker. Since the object would be put into a person's body, we used silicon to cover the pacemaker. We placed an order with Shin-etsu Chemical Company and they sent us an abundant supply of silicon in an old oil barrel. 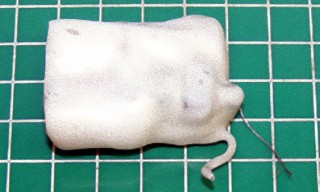 Because the pacemaker would put inside a patient's body we needed to sterilize everything from the electrode to the silicon skin. However certain parts of our pacemaker could not withstand extreme heat thus steam sterilization was out of the question. Nowadays, high levels of radiation are used to sterilize pacemakers, and before that method a gas called oxidized ethylene was used. Unfortunately, forty years ago ethylene gas was not readily available and so we compensated with a gas called formalin.

Taking great pains, we were able to hand-make our unshapely pacemaker. After implanting the pacemaker into the young boy he was able to escape from the crisis of heart failure and everyone involved was able to take a deep breathe of relief. Soon after this event, pacemakers from America were imported to Japan, our homemade pacemaker only stood for a short period.

Today it would be preposterous to implant a handmade device into a patient; there is a long trail of paperwork, approvals from the Ministry of Health, Labor and Welfare, approval from committees at universities, along with questions of ethics and morals, the list is endless. However, in a state of emergency, where the patient is in a critical condition, if the proper instruments are not available and the physician is at his wit's end, personally I feel and know from experience there will be comfort in knowing you have saved a life.

Hospitals we work in cooperation with: